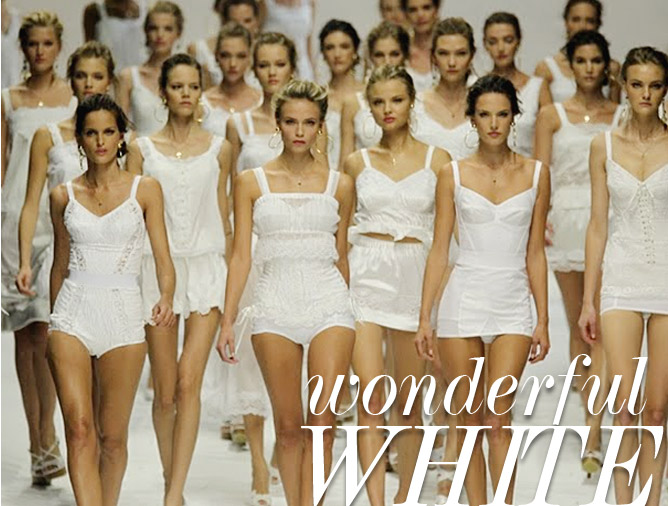 Nothing looks as sophisticatedly chic as an all white look

This coming season, many Designers chose to embrace a clean palette of creamy white hues for a fresh fashion start. 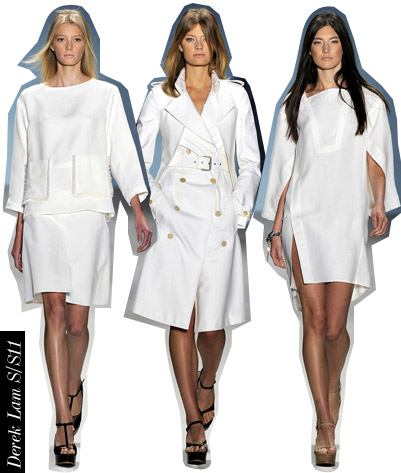 Fashion should be fun, positive and inspiring. And with the new air of optimism that swept through the Spring / Summer collections, it is set to enliven every wardrobe.

Yves Saint Laurent once said: “What I love about Manet is the sumptuous, nuanced white.” Elegant, sharp and tailored – white appeared across the catwalks like a breath of fresh fashion air. From Dolce and Gabbana to Calvin Klein Collection, Derek Lam and Alexander Wang – the seductive, sweetness of white evokes innocent beauty while being sophisticatedly sensual.

White cleanses the palette. From delicate white lace and sweet broderie anglaises – nothing says Summer dressing quite like it… 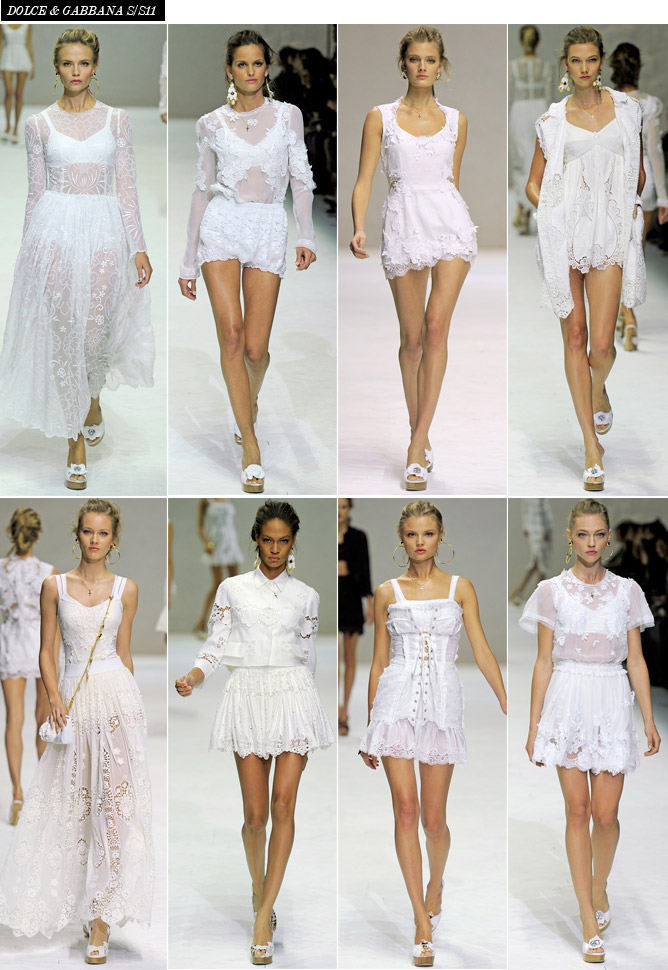 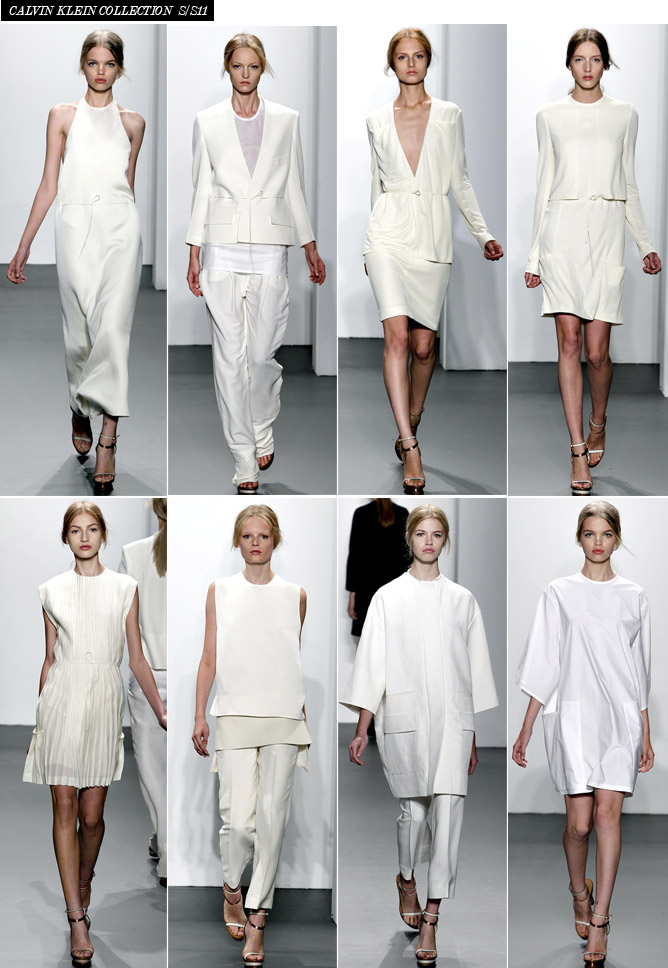 “Did you notice anything? There’s no black! I was looking for something optimistic, something pure.” said Alexander Wang of his Spring / Summer collection. Beginning the collection with a series of all white looks, Wang’s optimism shone through in his own way. The looks were deconstructed and strong, with model’s also wearing white paint in their hair. Alexander Wang gave white its own street-style cred… 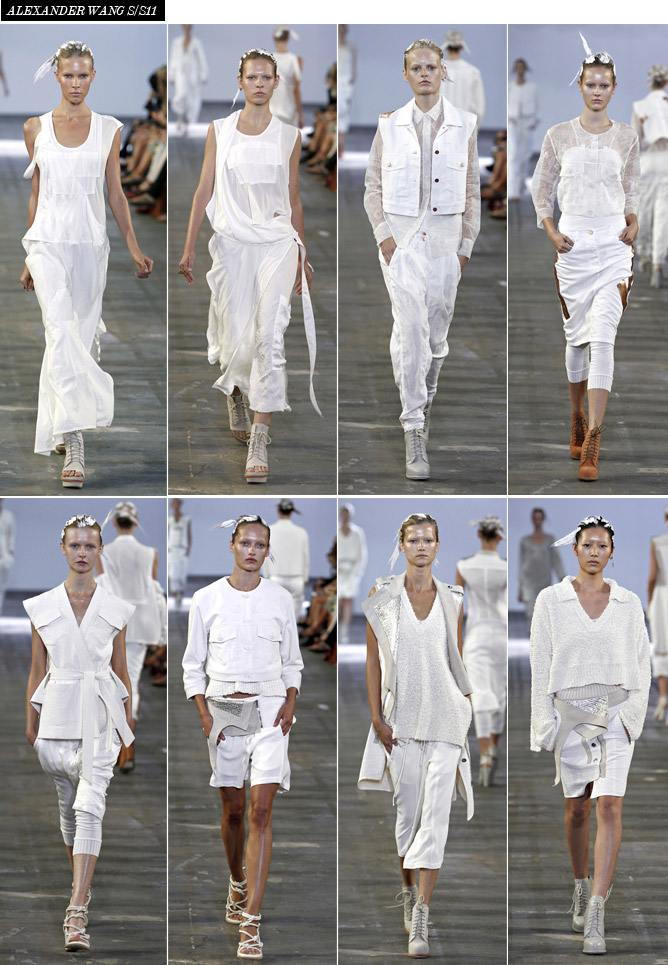 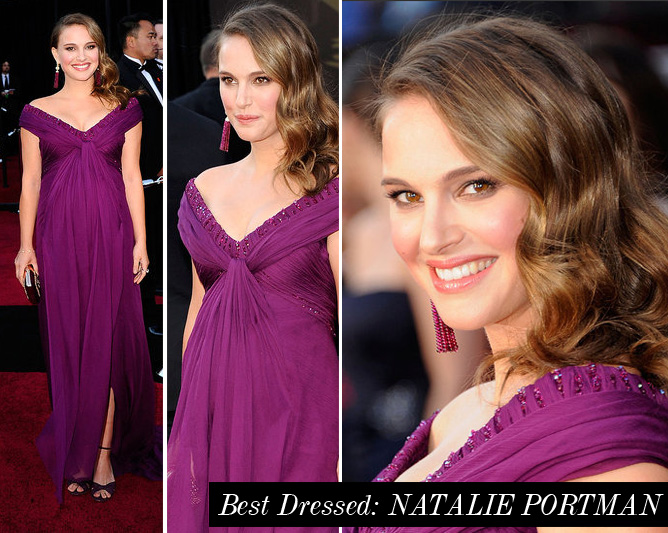