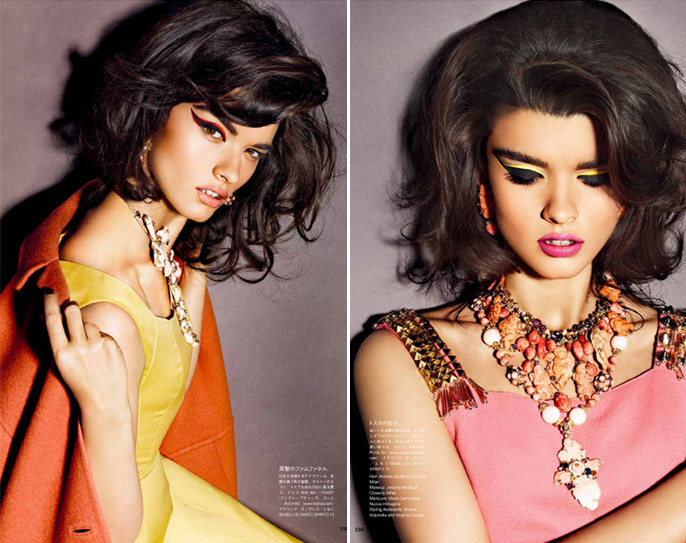 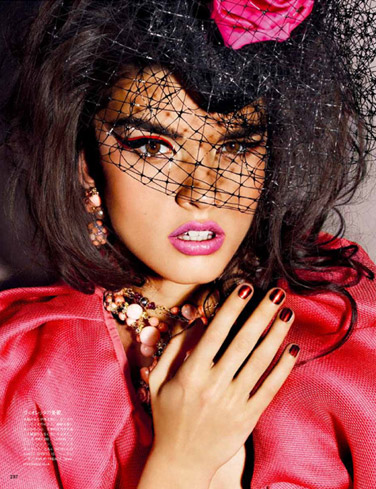 Cat eyes are edgy, sexy and dramatically alluring. It is the best way to draw attention to your eyes. Cat eye make-up can be as dramatic or subtle as you like. Start by using a sharp eyeliner pencil, in black or brown, to make a bold statement. Lightly trace the pencil along the root of your eyelashes – from the inner eye and work your way out. Follow the natural curve of your eye and stop just before your pupil ends. Begin to subtly slant your eyeliner line upwards and continue as long as you desire. You will then have a thin cat eye line; continue to retrace your steps until the line is to your desired thickness.

To add that extra va-va voom, incorporate some colour! Be inspired by Crystal Renn’s eye popping colour in an assortment of irresistible hues… 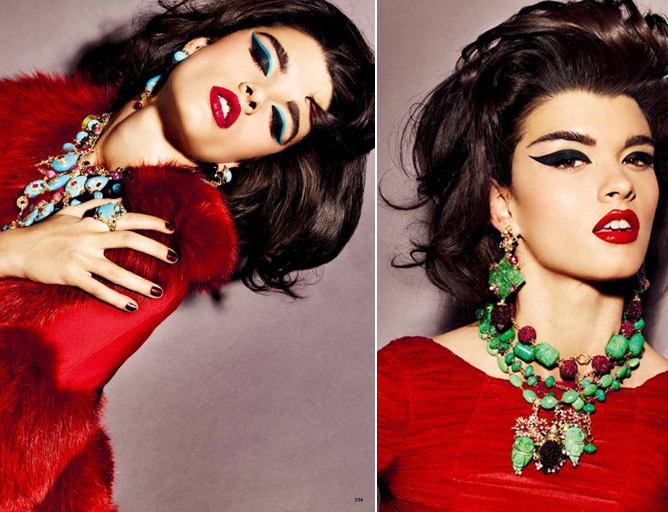 Which make-up trick is guaranteed to make you feel fabulous? xx