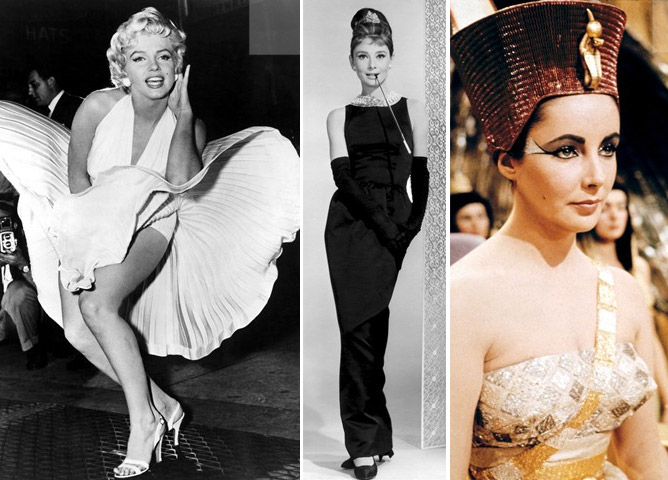 Iconic Dresses Up For Auction

A selection of the most iconic dresses in history will go up for auction on June 18th in Beverly Hills. Just a few of the exquisite gowns available to the highest bidders include;

Also on the list is: Marilyn Monroe’s rhinestone gown in which she sung Happy Birthday Mr President to JFK in 1962; Barbara Streisand’s gold dress from Hello Dolly; Julie Andrews’ brown dress from The Sound of Music; and The Princess of Wales gown from when she danced with John Travolta at the White House. There are also some modern editions, including; Elizabeth Hurley’s Versace ‘safety-pinn’ gown and Jennifer Lopez’s plunging Versace gown.

It is anticipated the collection will exceed $7 million (US). Legendary actress Debbie Reynolds is selling her private collection after she was unable to establish her ambition of a museum for Hollywood memorabilia. Marilyn Monroe’s white halterneck has the highest price point of $2 million (US).

The extraordinarily talented Karl Lagerfeld has created a crystal glassware collection for Swedish company Orrefors. Of his new collection, Lagerfeld said: “What I enjoy most is doing something I’ve never done before”.

The pieces, in clear, black and milky glass, are an extension of Lagerfeld’s design aesthetic, with minimal, clean lines and his KL monogram. Pieces for the range include; champagne flutes and coupes; wine, water and liqueur glasses; vases; bowls; and monogrammed crystal coasters.

The collection will be presented in March and will be the first time she has designed for children. Art Peck, president of the brand for North America, has said of the collaboration; “I’m looking forward to offering our customers an exciting collection that applies her signature approach to print, optimistic colour and femininity.”

Other designers who have also collaborated with Gap, include; Valentino, Stella McCartney and Roland Mouret.

‘Twin Peaks’ is a cinematic editorial, featured in the July issue of Vogue Australia.

What is your Thursday inspiration? xx