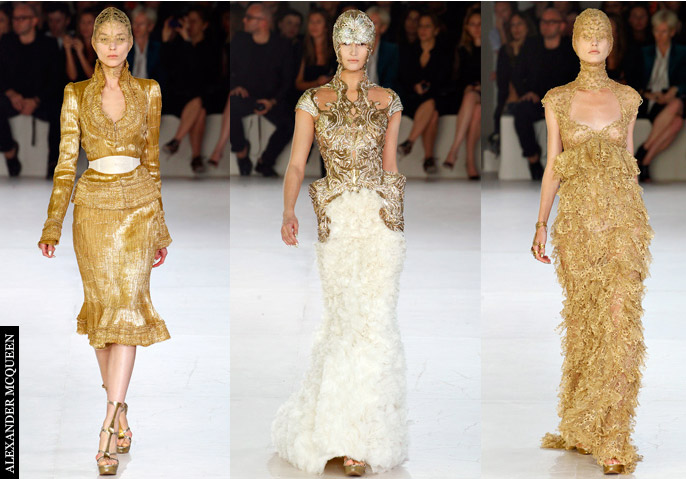 Entricate workings of sparking gold detail will make a striking statement for Spring / Summer 2012. Heavenly gowns with elaborate detailing, silk tulles and metallic brocades appeared on the catwalks of Alexander McQueen, Valentino and at Rodarte’s Cruise presentation in Florence.

Inspired by ancient Italian Religious Artworks, Rodarte sisters – Kate and Laura Mulleavy – created a collection which conjured ethereal beauty. The ten gowns each featured a sculpted torso and a long columnar skirt falling straight to the ground. The most spectacular of which was topped with a golden sunburst crown inspired by Bernini’s Ecstasy of Saint Teresa (pictured below centre). Strong, powerful and enchantingly beautiful.

Will you embrace luxe other-world dressing in your Spring / Summer wardrobe? xx 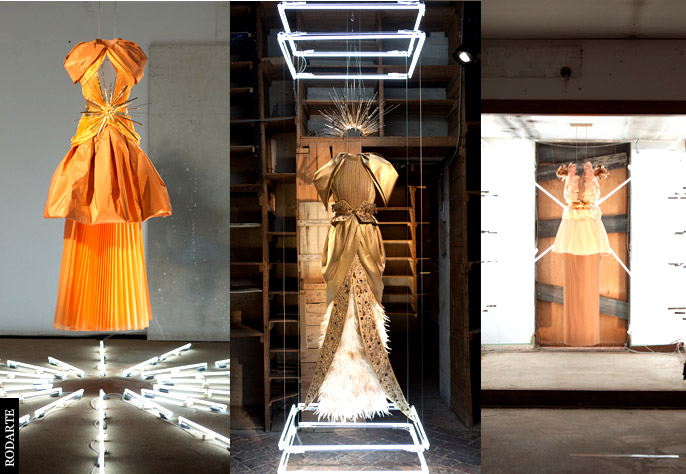