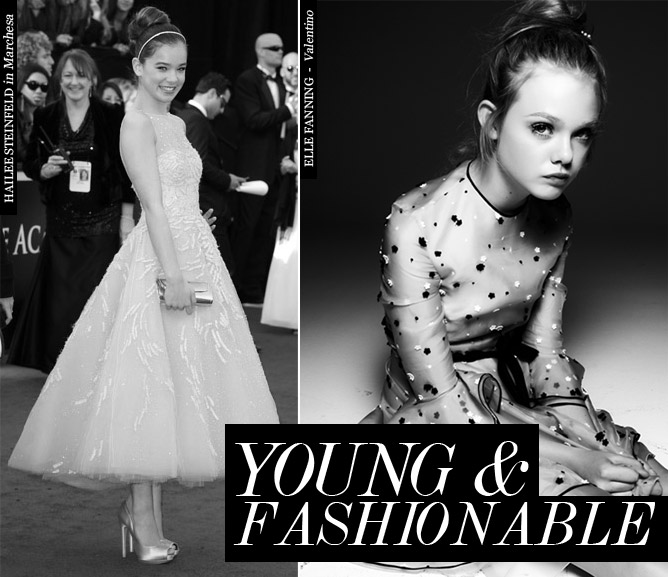 Choosing from luxury labels such as Valentino, Prada and Marchesa, to name but a few; Elle Fanning and Hailee Steinfeld have already graced numerous best dressed lists for their impeccable red carpet style.

Elle Fanning and Hailee Steinfeld must be two of the most ‘in style’ teenagers in the world. Age appropriate and also perfectly pretty – their choices have the right amount of edge yet are always classically chic. 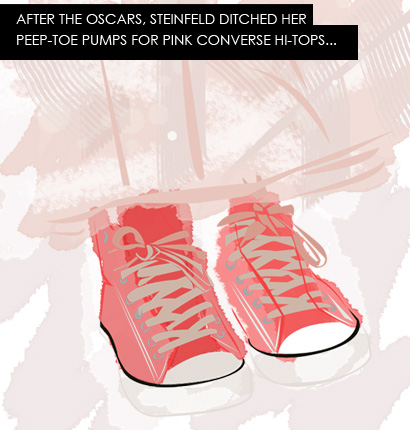 Accessorised with Ferragamo peep-toe shoes, a silver Ferragamo clutch and a sweet pink headband; Steinfeld looked absolutely perfect. And when I discovered that she assisted in the dress design, I loved it even more! Steinfeld sketched the basis of this dress before taking it to Marchesa to create!

After the event, Steinfeld ditched her ladylike heels for a pair of Converse hi-tops. Aw, how adorable! 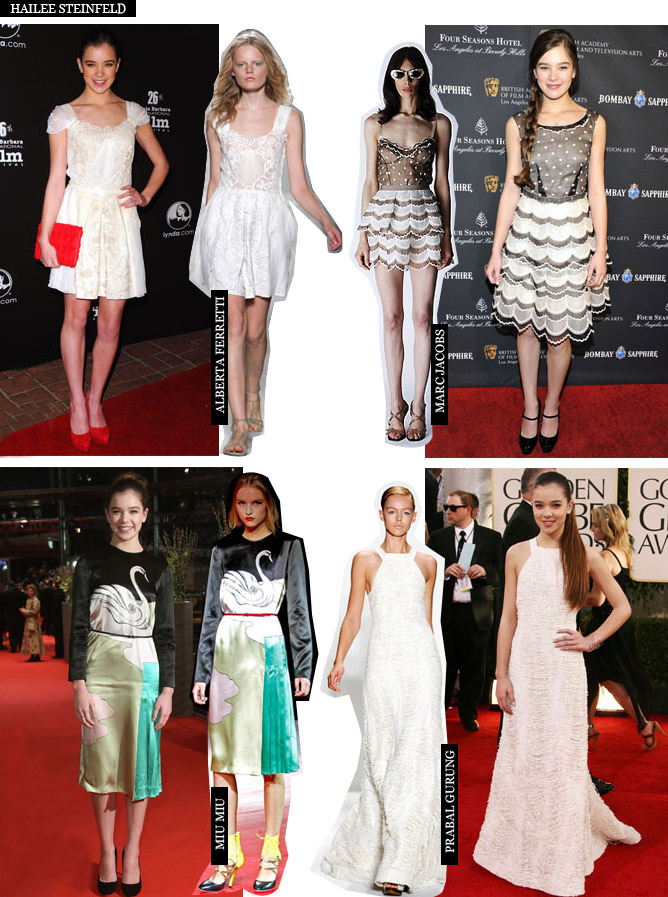 Elle Fanning at 13years of age has style and elegance beyond her young years. Her beauty and innocence translates perfectly to the red carpet where she favours floaty, feminine gowns by labels such as Valentino, Rodarte and Marchesa.

Of her passion for sophisticated dressing she says, “I love fashion! I love clothes! I really like vintage clothes, so in my closet there’s a lot of ’50s stuff. I go to the stores and shop around.” 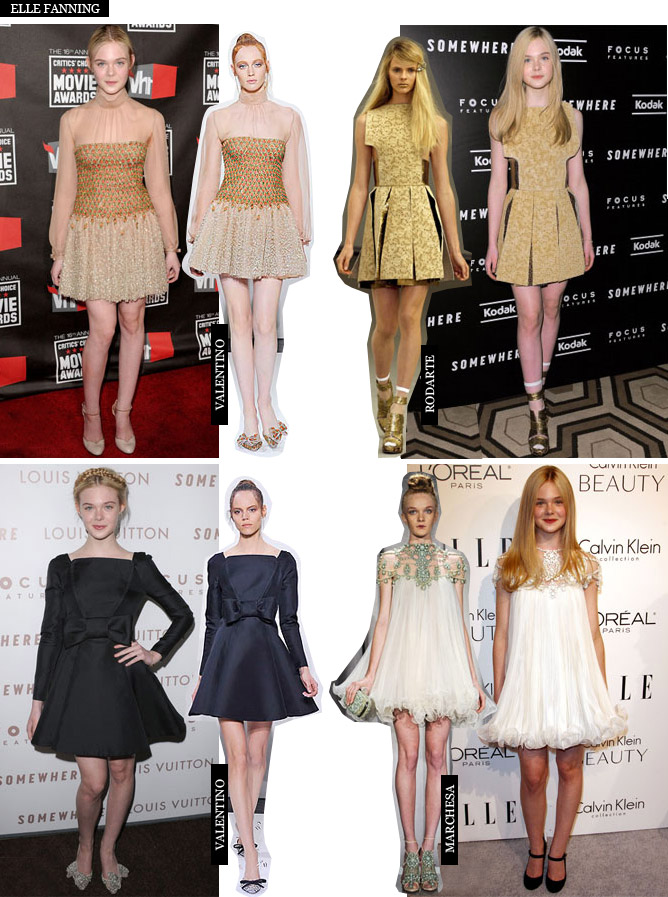 Who Has A Red Carpet Style That You Admire? xx