Lately Fashion has been getting back to basics. And what is more of a wardrobe fundamental then the classic white tee? 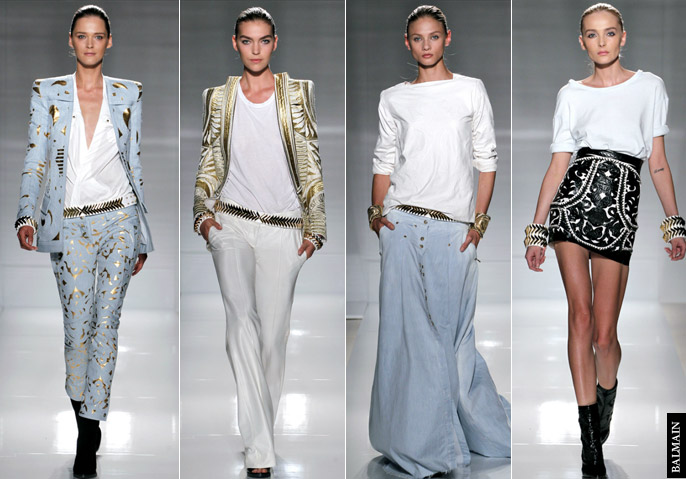 An essential component in every capsule wardrobe, the humble cotton tee has recently received somewhat of a style makeover. It’s back onto the runway… with a fresh sophistication and timeless appeal.

On the Spring / Summer 2012 runways, designers revisited the unexpected – rethinking the shape, silhouette and styling of the classic cotton tee. Innovative and beautiful results ensued.

At Balmain a casual white tee was teamed with a couture-worthy high-waisted skirt. While at Balenciaga, the tee was transformed in silhouette for effortless, sporty chic.

But how will you incorporate such a minimal look into your wardrobe? Style the classic cotton tee with a beautiful high-waisted skirt and thin belt for an effortless take on polished dressing.

Polished, fresh and unpretentious, the cotton tee is a wardrobe must-have. 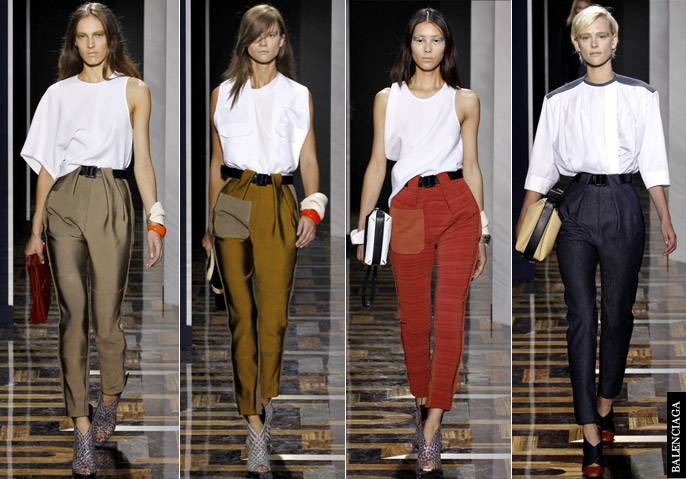 Will you revisit the humble white tee? xx