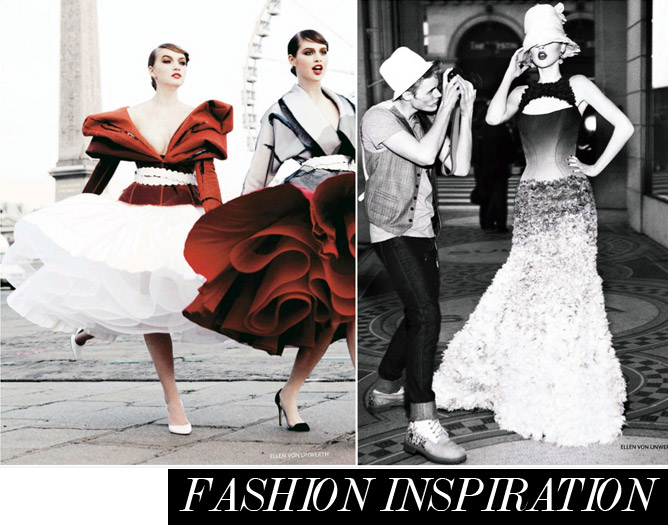 Entitled ‘Cheeky Couture’, I love the old-fashioned glamour of these shots for Vogue Russia. I especially adore the two photos featured above, showcasing the Dior Couture dresses and Atelier Versace gown.

Capturing a story of fabulous couture fun, Kristians Silis plays the role of ‘photographer’ to Anais Pouliot and Cordelia K. In show-stopping pieces from the Spring / Summer 2011 Haute Couture shows, the models create some divine photos in the likes of Armani Privé,  Atelier Versace, Valentino, Dior and Givenchy Haute Couture. The editorial was photographed by Ellen von Unwerth and styled by Katerina Mukhina for Vogue Russia April 2011 issue.

Spectacular couture with touches of nostalgia to glamorous years gone by…

What is inspiring you this week? xx