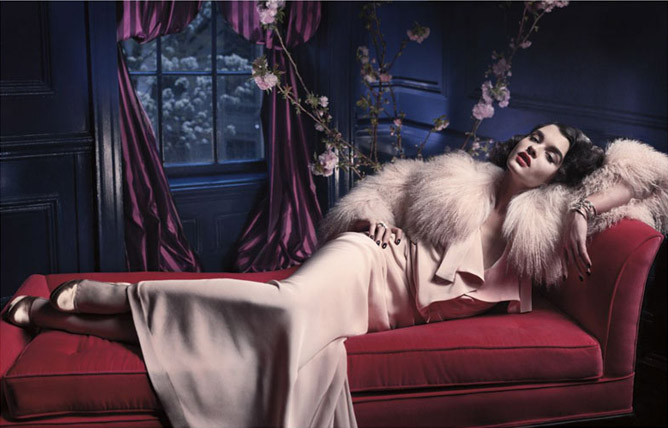 Just a few months ago, Miu Miu’s signature Fall dress with floral detailing, landed 3 Magazine covers. It created quite a stir, even being featured on both Elle UK and Vogue UK in the same month. Well it has happened again! This spectacular gold Balmain dress, from the Autumn / Winter 2010 collection, has made 6 magazine covers! No mean feat!

Worn down the runway by the gorgeous Anja Rubik, this Balmain dress is valued at £21,000. It has been worn by:

Natalia Vodianova also chose to wear the full length version to the Woman of the Year awards hosted by Harper’s Bazaar UK.

Anne Hathaway will wear this same dress for her cover of Elle UK’s December issue! Watch this space…

It’s sparkly, metallic and has a deep plunging neckline – could there be a more perfect party frock for the coming Christmas season?  Love it! xx