The Power Of Pink 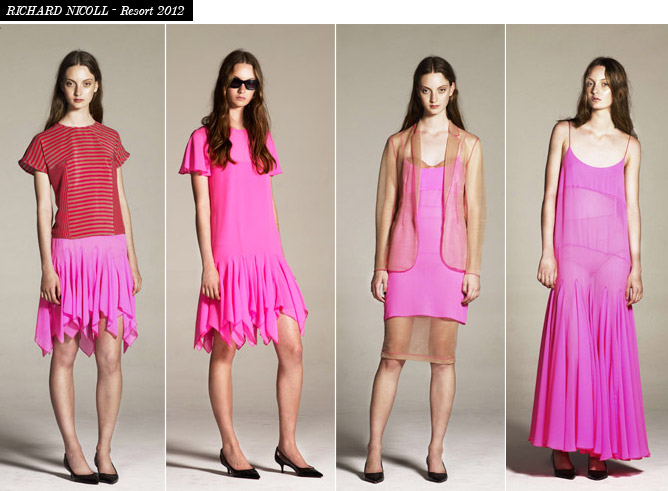 Across the Resort 2012 collections, pink was brightening the runway and bringing with it a breath of fresh fashion air. 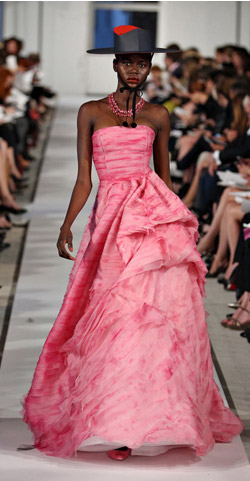 From Michael Kors to Richard Nicoll (pictured above), pink is the go to colour for fun, feminine, frivolity this coming season.

If you haven’t noticed, from the colours used on UptownTwirl.com, I am already a pink addict. And taking a closer look at the Resort 2012 collections has only reaffirmed my love of this invigorating, passionate colour.

Wear pinks across the colour palette from cotton candy to luscious watermelon. Whether you embrace precious pink from head to toe, a la Richard Nicoll style; work with a pretty tonal palette of pastel pinks, as seen at Bottega Veneta; or go bold in pink and black inspired by Michael Kors – a delightful shade of pink can be perfect for any occasion and on anybody.

Still not certain? You can always dip your toe into pink with separates. Pair pink separates with neutral shades – from white to grey or chocolate, for a classically chic look. The Chloé pink trousers worn with a crisp white shirt is simply too-die-for!  Do And don’t forget, pink heels or a gorgeous pink handbag will also make an dynamic impact… 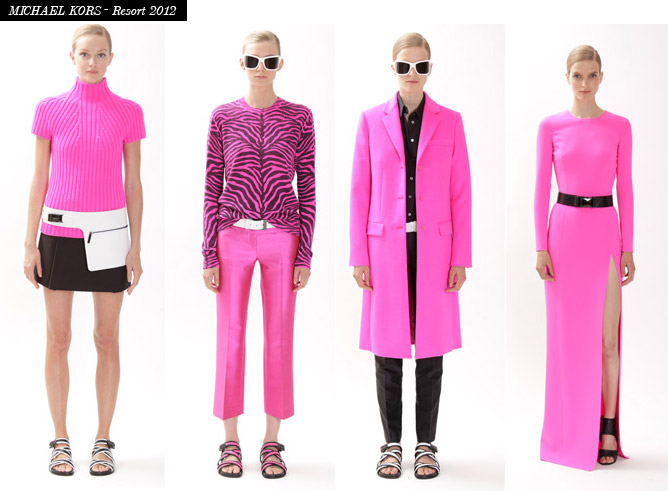 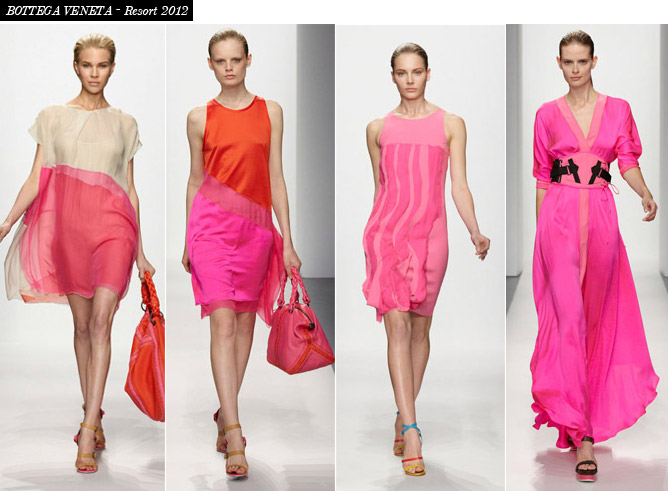 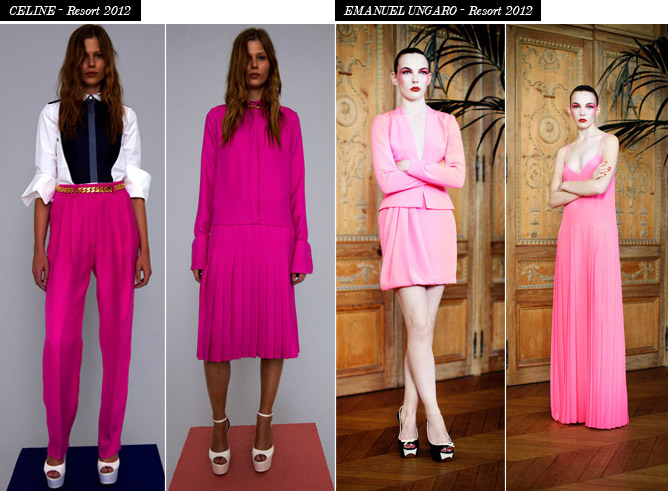 Will you adopt a ‘think pink’ attitude for your wardrobe? xx