A Spoonful Of Vitamin C

The London runways became a tangerine dream for Fall 2012 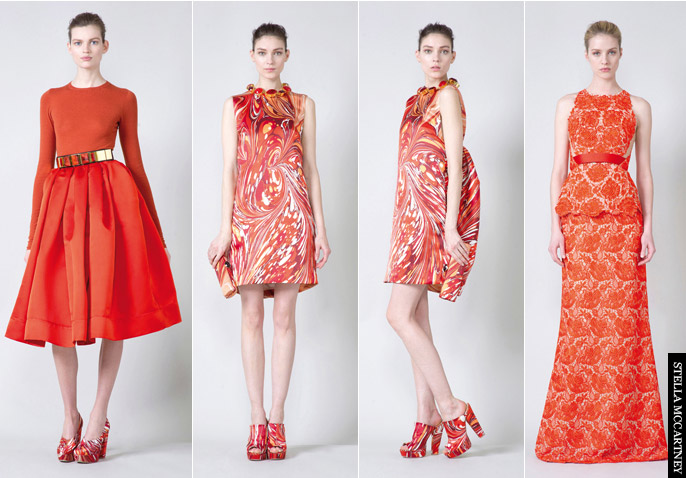 From tangerine to blood orange; this is a striking colour palette for Fall. Packing a high-glamour punch; orange can light up a room and delight the senses. It’s refined yet fun; both elegant and sensual; classic but always bold.

This vibrant, zesty hue made an appearance at Mulberry, Stella McCartney, Issa, Jonathan Saunders and more.

At Stella McCartney tones of orange were swirled in an exquisite marble print; while an evening gown in orange lace was truly breathtaking (pictured above). At Issa, orange also appeared in a striking print (dress & tights) and in a gorgeous lace gown (pictured above). Both floor-length lace gowns, with streamlined silhouettes and popping bursts of tangerine intensity, will make for brilliant red-carpet moments… 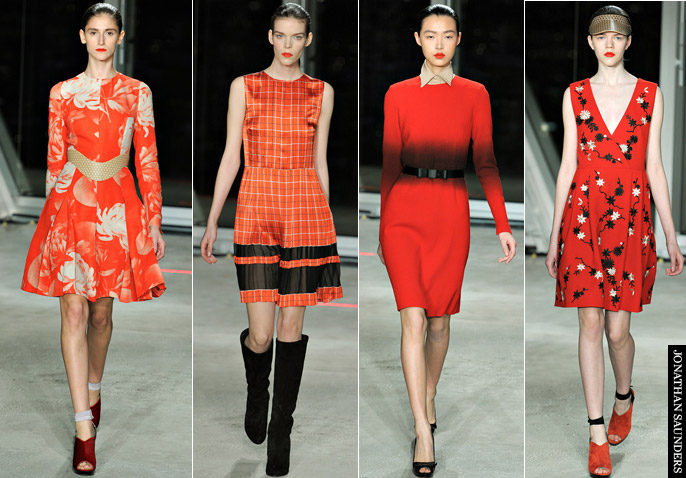 Will you embrace orange for Fall? xx 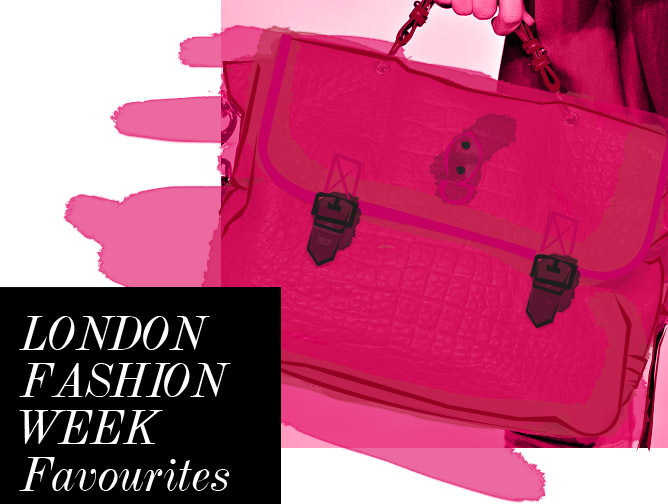 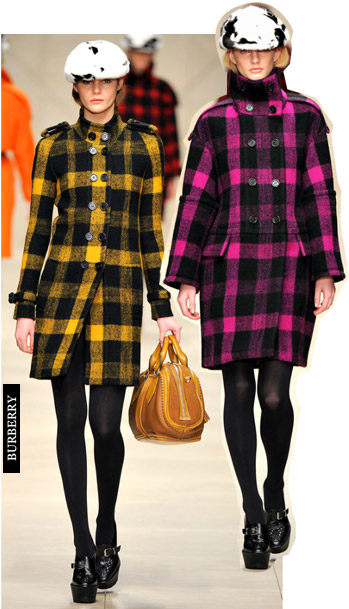 London Fashion Week is nearly coming to a close and I have been so sad that I was unable to make it! To get my Fashion Week Fix I have been watching the live streaming at all hours of the morning; checking style.com feverishly; and dreaming ahead to a Fall season full of eye-popping colour; accessorising with tights and hats; and staying warm in those divine coats.

From established Fashion Week Must-See shows – such as Mulberry, which attracted a celebrity front row of Kirsten Dunst, Clémence Poésy, Gemma Arterton, and Nicholas Hoult – to the up-and-coming designers at Fashion East; I get so excited about seeing them all!

As you can see from the looks below I am going through an orange and yellow stage! These colours are so fresh, optimistic and vibrant for Autumn / Winter.

The orange Burberry trench leaves me speechless! It is one of the most gorgeous things I have ever seen! I love the cut, striking buttons and seam detailing. Burberry also offered countless other stunning coat options for Fall. I also adore the off-white, bow coat worn by Abby Lee Kershaw below.

The looks from Mulberry were also high on my lust-list. The use of quilting in dresses; knee-high socks; and gorgeous colour hues – were too-die-for! Inspired by Ronald Dahl’s Fantastic Mr. Fox; Emma Hill, Creative Director of Mulberry, described the collection’s muse as: “She’s very English. She’s got a dilapidated, stately home. She’s got her long party dress on and she throws on a duffel coat.” The brands signature IT bags – the Bayswater, Alexa and Tillie – were also updated for Fall. The pink Alexa (above) needs to get into my wardrobe immediately!

I also had a soft spot for Holly Fulton, Temperley London & Erdem…

What are your dream pieces for Fall? xx