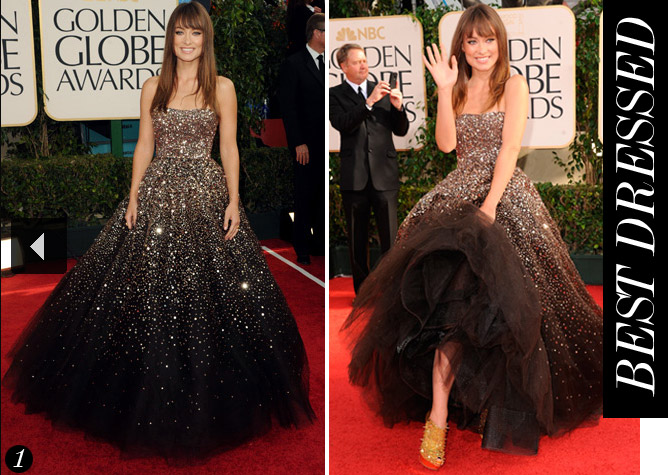 Add exquisitely dazzling gowns & some of the most beautiful women in the world and you may just get an unforgettable red carpet moment.

Emerald green featured often on the red carpet to create some spectacular styles. From Angelina Jolie to Mila Kunis and Catherine Zeta Jones; emerald green is my new colour crush! Long-sleeves were also favoured by the beautiful Anne Hathaway, Leighton Meester and Julianne Moore. While Peachy, neutral pinky shades also had a moment with Lea Michelle, Claire Danes and Natalie Portman all stepping out in these delicious tones!