The eye make-up palettes from the Fall collections were full of technicolour delights. From vivid orange to hypnotic green, the eyes have it in candy colours that pop perfect for your Easter long weekend. 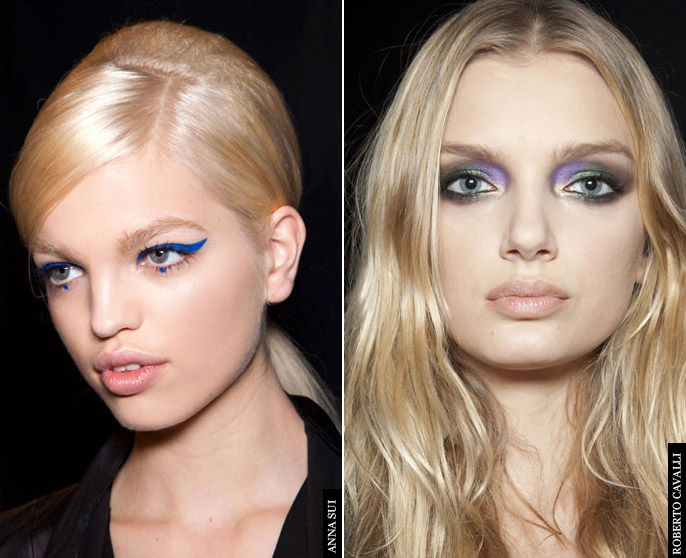 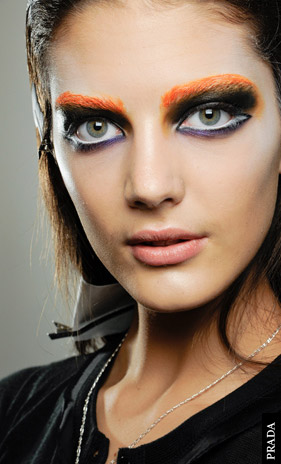 Atmospheric eye make-up has a retro elegance for Fall. Take your cue from rich hues; bold lines; and an explosion of concentrated colour – across the lids, lashes & lips.

Statement making peepers appeared across the runways. At Prada, futuristic eyes had a Mad Max inspiration. Black was painted around the eyes and finished with bursts of orange intensity at the brow. Prabal Gurung’s brilliant blue plumes evoked a striking peacock; while at Stella McCartney lashes were layered in beautiful blue mascara.

At Anna Sui, theatrical cobalt blue eyeliner flicks made a startlingly beautiful impression. To create the look, a thick liquid line was drawn along the models’ upper lashes with an upward flick on the end. The inner rim was traced with a white pencil to open the eye, before a coat of mascara added a dramatic 60’s feel. 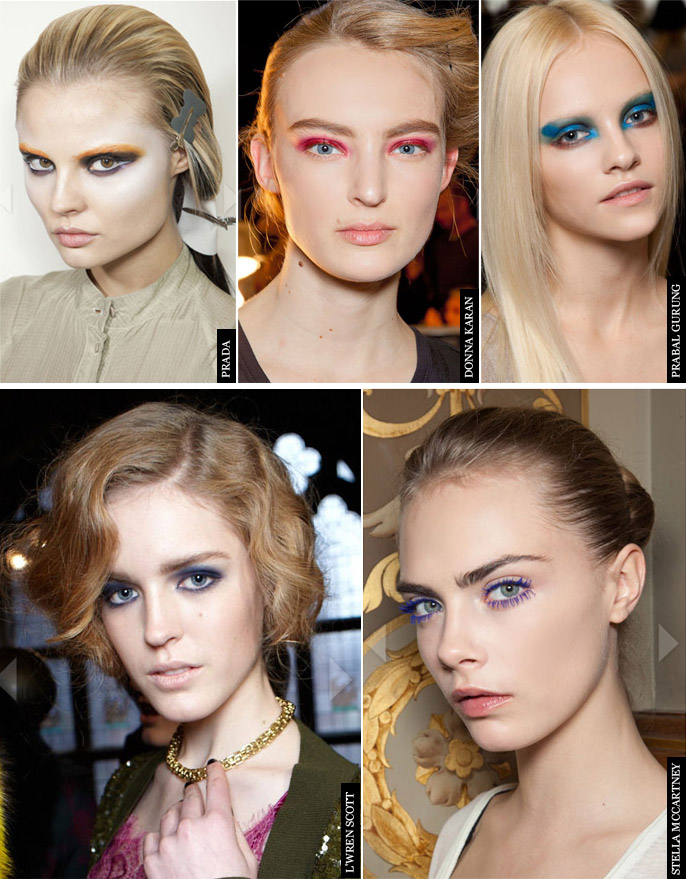 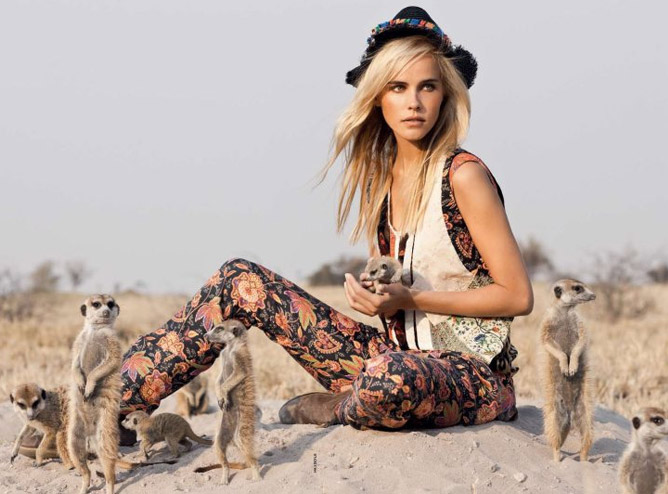 Meerkats and bunnies get me every time for their adorable sweetness. It was the above shot of Isabel Lucus surrounded by meerkat cuteness that first captured my attention. Her wardrobe mix of ladylike chic and electric prints kept me hooked.

p.s. Now planning a trip to Africa just to sit amongst those adorable meerkats!