These colourful, embellished bathing suits have captured the hearts of Magazine Editors and Stylists around the globe. Racking up countless Magazine covers and editorials, these vintage-inspired swim suits are the toast of the season.

Created with graduating colours (beige, pink, red and black); crocheted flowers; or diamante crystals; these bathing suits have such beauty, texture, and craftsmanship one could be mistaken for hanging them on a wall rather than wearing them by the pool. Perfect then that the Prada one-piece is the cover subject of the season…

Do you covet the Prada one-piece? xx

Entitled ‘Red Alert’, this editorial turns up the volume on the colour scale.

Showcasing some brilliant colour blocking techniques; colour is pushed to the edge with some seriously divine vibrant tights, coloured pumps and of course the clothes! Love the bold, unafraid use of colour. Not to mention each models’ flowing red hair. LOVE it!

Are you ready for a colourful Spring… 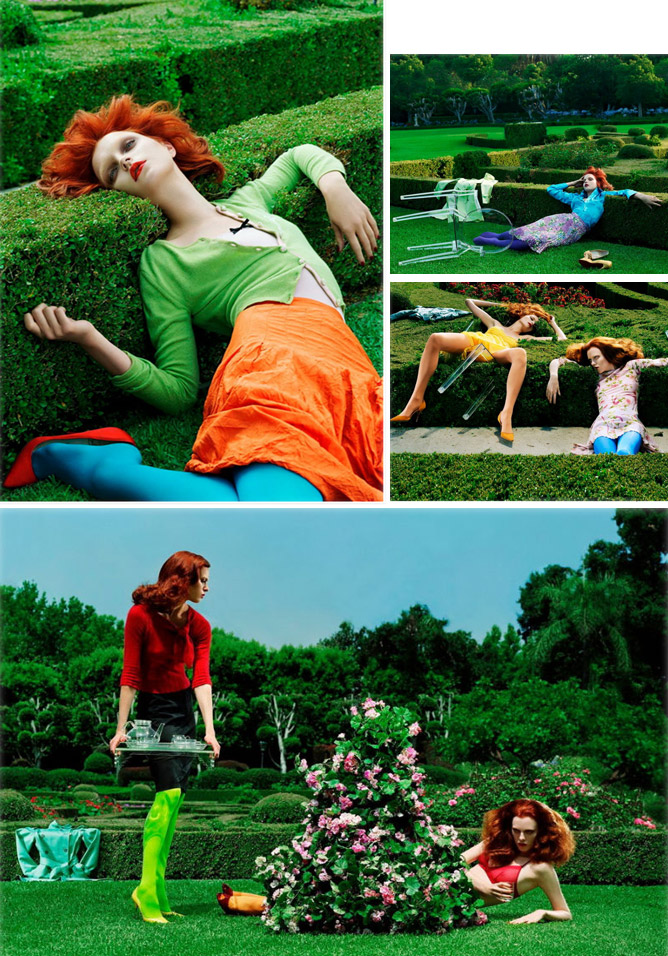 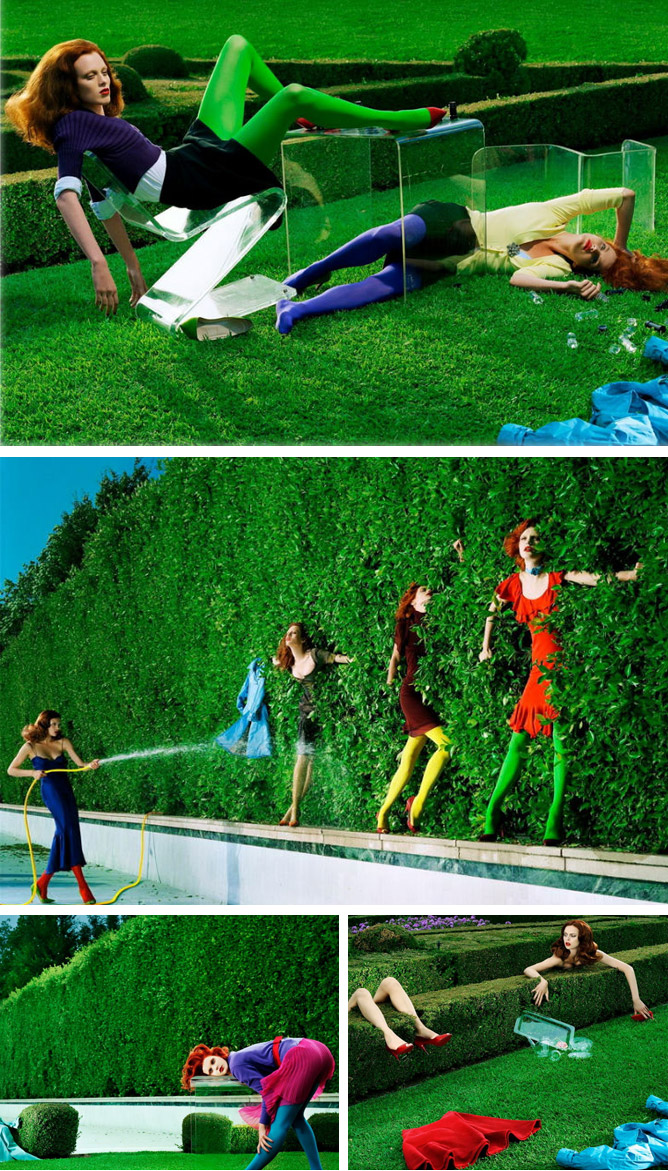 Will you be going bold & bright in colour this Spring / Summer? xx

Photo1 from dailymail.co.uk | Photo2 from grazia.com.au

There were angels in New York City last night… the Victoria’s Secret Angels that is!

The dazzling Victoria’s Secret Show was held last night and featured the stunning models; Rosie Huntington-Whiteley, Adriana Lima, Jessica Stam, Lily Donaldson, Chanel Imam and many more. And as is to be expected the lingerie and ladies were both divine!

Katy Perry opened the show with a performance, wearing a creation by designer Todd Thomas (as pictured above). Adriana Lima was the first model to walk the glittery catwalk. Lima also modelled the $2 million Fantasy Diamond Bra (which she debuted in New York last month). The Fantasy Bra was designed in collaboration with Italian jeweller Damiani and contained more than 3,000 jewels. Click here to read more about the Victoria’s Secret Fantasty Bra…

However, there were three notable absences from the show. Pregnant angels, Miranda Kerr and Doutzen Kroes were understandably elsewhere engaged. Heidi Klum was also absent. Klum is no longer affiliated with the Victoria’s Secret label after 13years :(

Some stunning looks from the Victoria’s Secret Show… xx