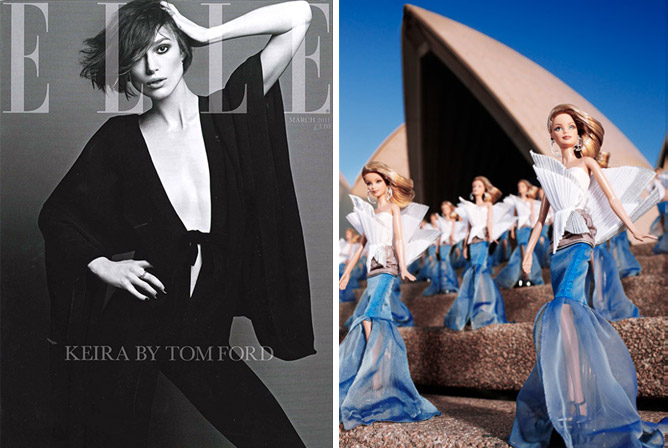 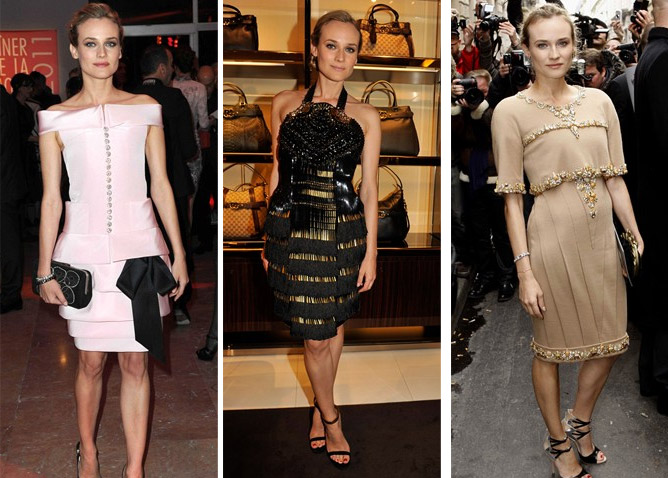 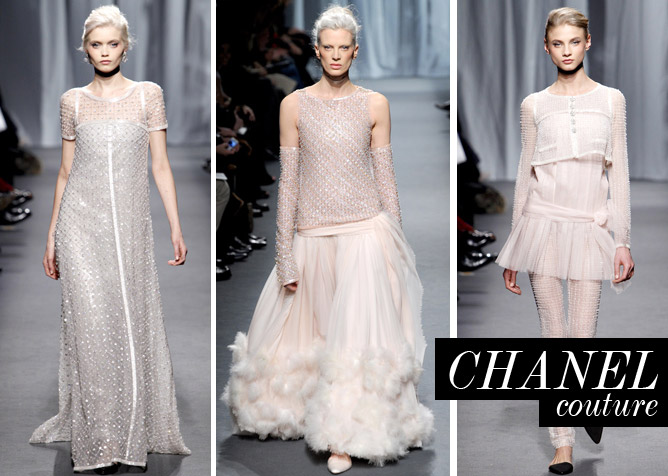 I love pink & white. I love sequins. I love Chanel Suits. Add these together and I am in fashion heaven! 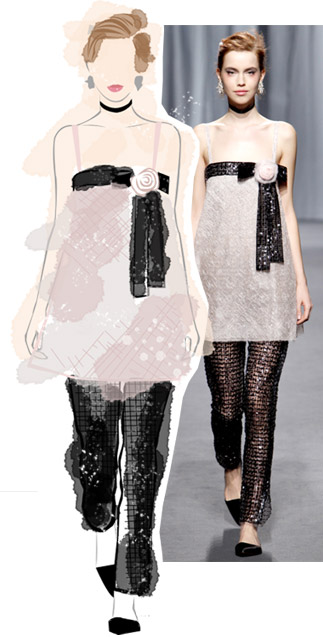 Whimsical and delicate, with an underlying ‘ballet’ feel; there were also some unexpected notes – one being jeans and leggings worn under almost all coats and skirts. And the most eye-catching element – every model walked in ballet flats. Of this, Karl Lagerfeld said, “I am getting tired of the way the girls walk in those high shoes. One saw a lot of it so maybe it’s time to see something else”. Bound to the ankle by transparent straps, the ballet flats added an enticingly sweet twist to the collection. A fresh, innocent and charming twist on the already exquisite… 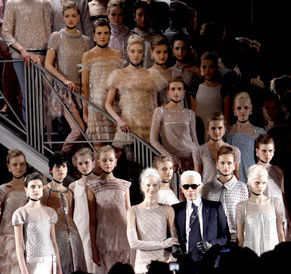 Are you loving or loathing the Chanel Couture Spring 2011 collection? xx

A Christmas in Paris… 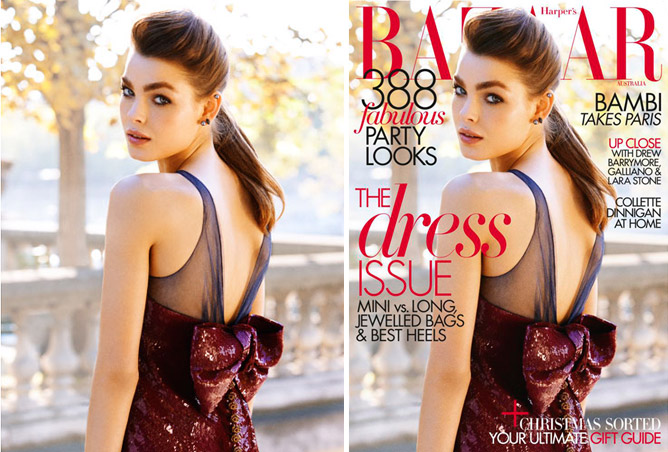 Continuing With The Christmas Spirit…

After walking the runways of New York, London and Paris Fashion Weeks, Bambi Northwood-Blyth became the cover girl of Harper’s Bazaar Australia’s December 2010 issue. With her baby faced features and strong statement brows, Bambi has captured the world’s attention. At just 20 years of age she has already walked the runways for Chanel, Balenciaga, Loewe and Emanuel Ungaro.

For Harper’s Bazaar’s ‘A Christmas In Paris’, Bambi models a sensational red dress with bow detail from Chanel Couture (the cover dress featured above) as well as looks from Givenchy, Balmain and Balenciaga. Pieces from Australian designers, Willow and Josh Goot, also capture the spotlight. The photos were shot by Victor Demarchelier, son of renowned fashion photographer Patrick Demarchelier, on location in Paris…

The Chanel Couture dress is magnifique!
LOVE LOVE LOVE it! It would be my crème de la crème Christmas Day dress! xx