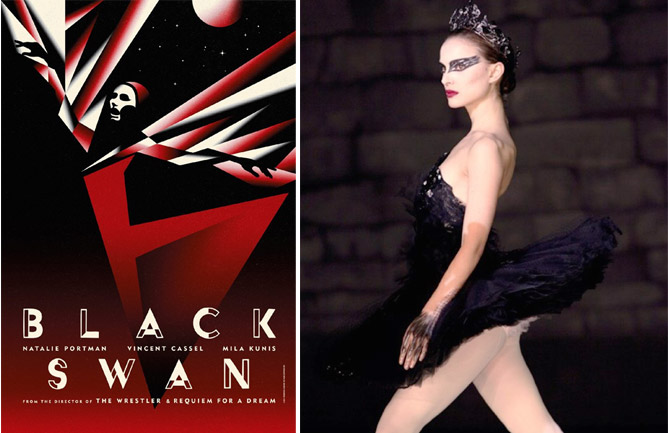 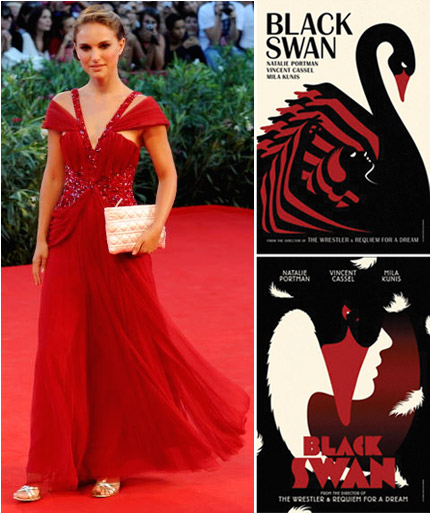 The costumes for Black Swan, a dark and seductive Ballet thriller starring Natalie Portman, have been created by the dynamic design duo Rodarte. Laura and Kate Mulleavy, the sisters behind Rodarte, became involved in the project after Portman introduced them to the film’s Director, Darren Aronofsky.

Of the collaboration, Laura Mulleavy said: “I think our aesthetic naturally fits into the film.”

Portman is a fan of the Rodarte label, wearing their stunning pieces on numerous occasions. Rodarte also dressed the star in this red evening gown (pictured right) for the Black Swan premiere – a breathtaking red carpet moment in itself.

Black Swan movie posters have also been released (pictured above right). Designed by La Boca the posters have a dramatic 1920’s theatre feel. Dynamic colours and a striking mix of images and shapes, create such a unique advertising spin to the usual movie adverts. Elegant, dark and daring! Black Swan opens in February 2011 and promises to be a very intense yet beautiful film.

A little bit about Rodarte… 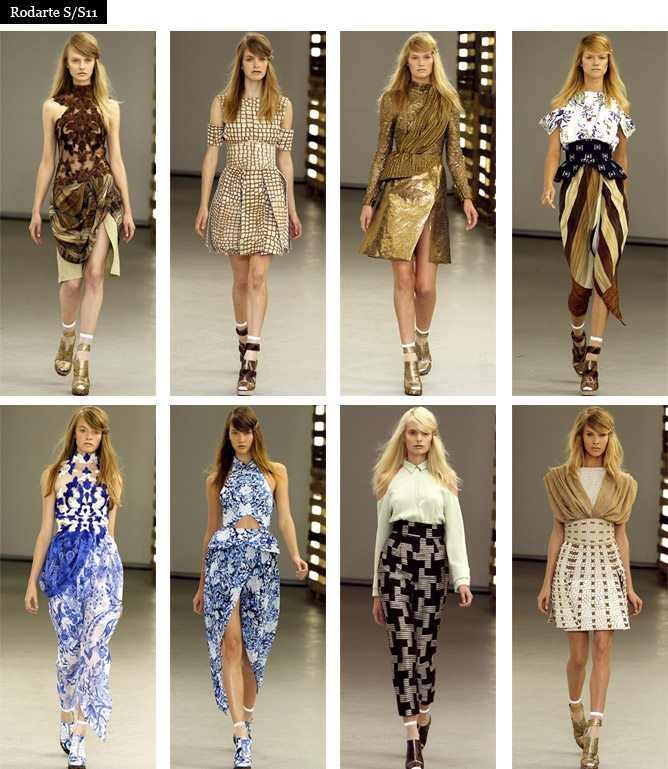 Starting the brand in 2005, the Mulleavy sisters have received a number of industry awards. Known for their beautiful detailing and other worldly creations; Rodarte have a keen celebrity following including; Tilda Swinton, Emma Watson, Chloë Sevigny, Cate Blanchett, Keira Knightley and Natalie Portman.

Their very first collection consisted of just 10 pieces that received great acclaim – getting them the cover of Women’s Wear Daily and gaining a meeting with US Vogue Editor-In-Chief Anna Wintour. Rodarte have also collaborated with Gap, and most recently Target, on limited edition pieces.

Their Spring / Summer 2011 collection took inspiration from their childhood backyard – “every shade of brown you can imagine, seventies suburbia, wood panelling, gold, off colours like chartreuse—basically, a combination of all the things that represent the area to us.”

Side photos from glamour.com | imdb.com