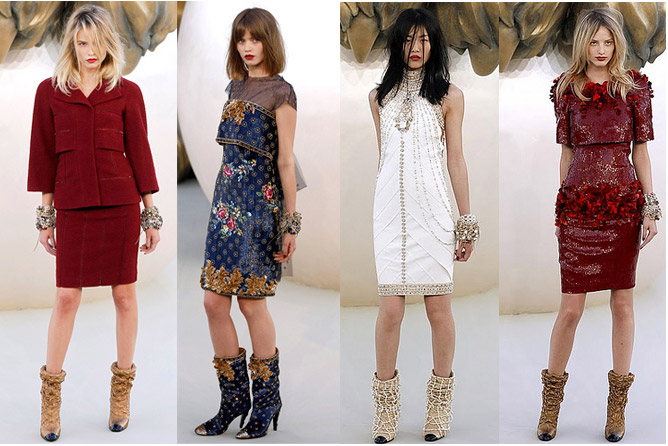 The stage was set with a grand golden lion (Coco Chanel’s star sign was Leo) which stood 45 feet above the audience. Its paw was perched on a large cream pearl – from which the models boldly emerged.
END_OF_DOCUMENT_TOKEN_TO_BE_REPLACED

Beauty – From the Catwalk 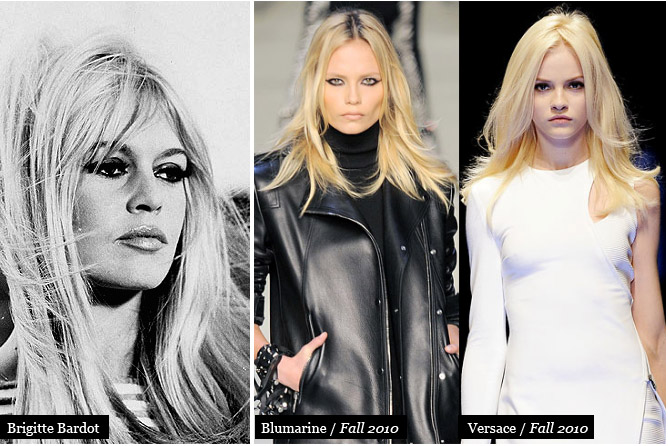 Few icons in history have channelled pure siren appeal like Brigitte Bardot. With her bold sexy eye make-up, unkept bed hair and smoldering pout – men adore her while women around the world aspire to emulate her beauty. Several Fall 2010 shows revisited this classic look with an edgy, modern take. Versace and Blumarine were two shows enhanced by this sharp make-up look. At Versace the look was toned down while at Blumarine the eyes took a turn on the dramatic side.
END_OF_DOCUMENT_TOKEN_TO_BE_REPLACED