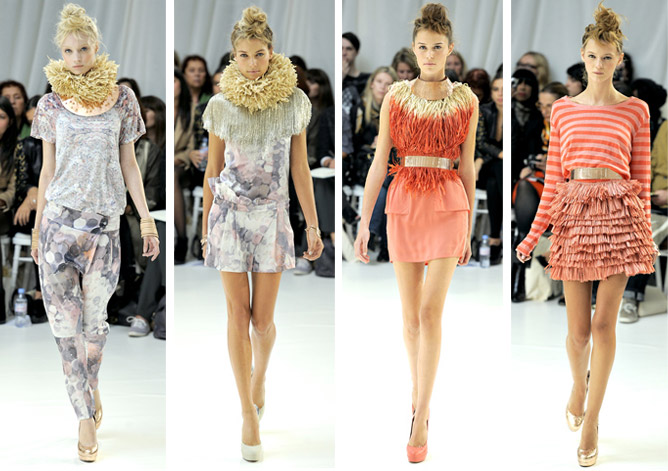 Myer will acquire a 65% of Sarah-Jane Clarke and Heidi Middleton’s label for $42.25 million (AU Dollars).

The deal will become official in April and will see Sass & Bide launch across 300 Myer stores over the next 18momths. The acquisition will mean Myer have exclusive department store rights to distribute the brand as well as benefit from the expansion of the label within Australia and internationally. Sarah-Jane Clarke has said of the deal, “This partnership will help Heidi and I realise the dream we had for sass & bide 12 years ago when we were selling our jeans at Portobello Market in London”. 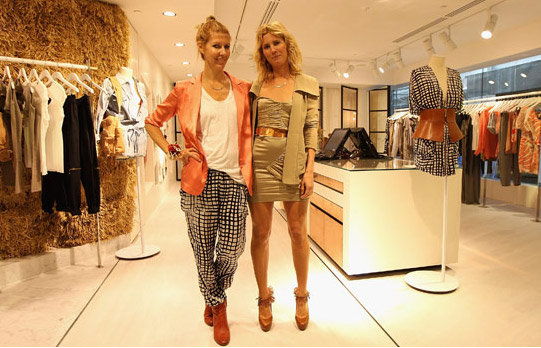 Sass & Bide is the brainchild of Sarah-Jane Clarke (aka Sass) and Heidi Middleton (aka Bide).

Launching in 1999 at London’s Portobello Road, Sass & Bide became renowned for their edgy denim and youthful free spirited pieces. With fans including the likes of Cate Blanchett and Nicole Richie, the stylish label quickly became a highly coveted favourite -perfect for those seeking the duo’s ‘not too pretty’ aesthetic.

Sass & Bide made their debut at London Fashion Week in 2002, before moving to New York Fashion Week and then back to London once again. Sarah-Jane Clarke and Heidi Middleton have also launched two subsidiary lines—S&B and Sass & Bide Denim.

Of the collection, Heidi Middleton said: “Sarah-Jane’s been meditating, we’ve all gone Zen”. And the clothes reflected this – excluding serene, natural energy and a restraint. Pieces were draped and knotted in a beautiful natural, soft colour palette. Digital prints were mixed and matched and also took organic shapes (some even resembling bamboo).

With hints of tribalism, the collection was soft, feminine and enchanting. Embellishment in the form of killer accessories – especially the central raffia motif appeared right across the collection in the form of collars, jackets, and skirts. Sweet silk jumpsuits; fluid harem pants; and sexy micro-dresses combined for a truly dynamic collection….

Are you loving or loathing the Sass & Bide Spring / Summer 2011 collection? xx 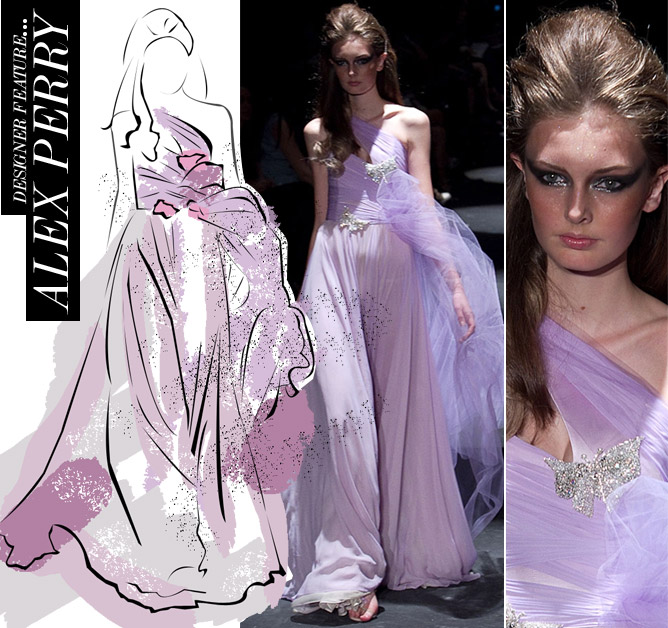 Alex Perry is often referred to as Australia’s most glamorous fashion designer.

With a long list of ever so stylish celebrity fans – from Jennifer Lopez to Eva Longoria, Natalie Portman to Miranda Kerr – Perry is renowned for his magnificent evening gowns, high glamour and prestige quality.

Opening his first atelier in Sydney in 1992, Perry has shown annually at Australian Fashion Week since 1997. The Alex Perry brand has since grown to encompass Haute Couture, Red Carpet, Ready-To-Wear and Bridal.

With his distinct style and quick wit, Perry is also an accomplished media personality. Appearing as a judge on Australia’s Next Top Model, Perry is the only judge to have been involved in all six seasons.

Alex Perry collections are available internationally in select boutiques and his flagship store in Sydney’s iconic Strand Arcade encompasses all of his labels.

It was a world-first when Perry recently partnered with Waterford Crystal to create three spectacular couture gowns. 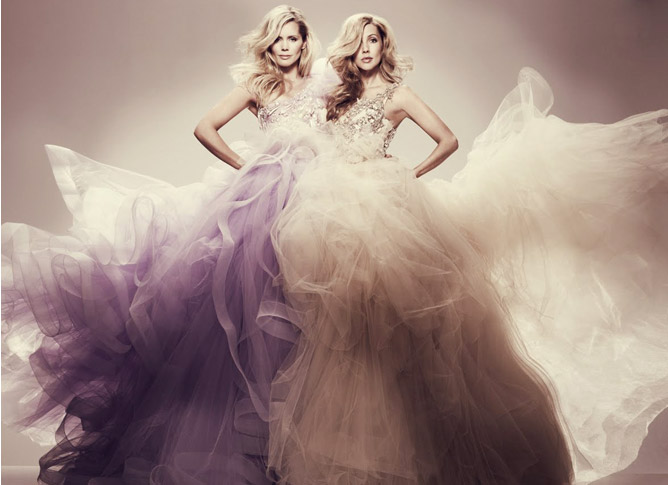 As the king of glamour, sparkle and beauty were always anticipated; however, the three exquisitely enchanting gowns exceeded to surpass all expectation – sweeping you away in pure romanticism, elegance and drama.

Perfectly capturing the beautiful allure of the luxurious crystal label, Perry ‘s couture gowns align with his signature aesthetic. In a glistening colour palette of lilac and creamy nude, the gowns are made with hundreds of metres of tulle and embellished with Waterford Crystal chandelier droplets in an assortment of cuts and sizes. The tulle is wrapped, draped and perfectly placed to embrace the body around corseted bodices which are encrusted with crystal. The result… illuminating, couture radiance, virtually too exquisite for words.

While other designers have collaborated on stemware and giftware ranges with Waterford Crystal in the past (including the likes of Marc Jacobs, Jasper Conran and John Rocha), this was the first time a designer has extended and translated the brand in fashion. And it was a partnership that could only have been celebrated with such refined elegance and fairytale-like glamour with Alex Perry.

The collection was a schooling in luxurious elegance, decedent dressing and shimmering beauty. Held at Sydney’s Fox Studios the 130 metre long runway, wrapped around a 1,000 strong crowd all eager to see the luxurious glamour Perry is renowned for.

There were feathers, sequins, beading and even an exotic zebra print – transporting the audience to a starry Arabian night. Models wore voluminous hair with dark, seductive eye make-up and a mask of shimmering glitter.

Sexy yet sophisticated, innately detailed yet not over done. From cocktail dresses to red carpet evening gowns, it is a collection that exuded fierce femininity with intricate beauty.

What do you think of Alex Perry’s S/S collection? xx 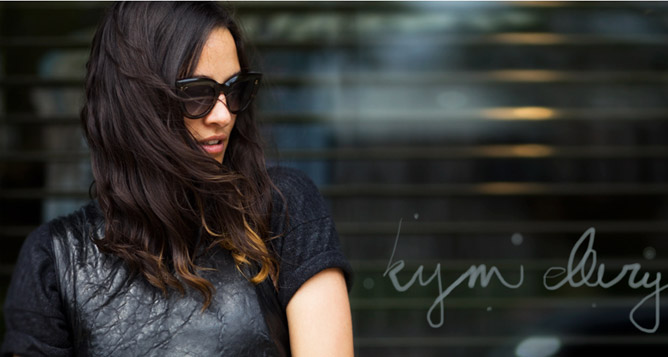