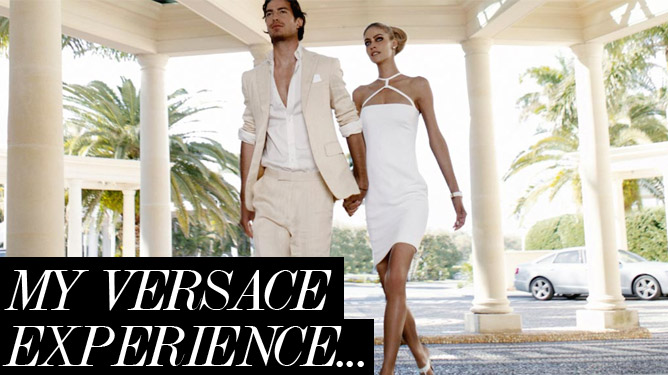 My Wednesday Night At Palazzo Versace… 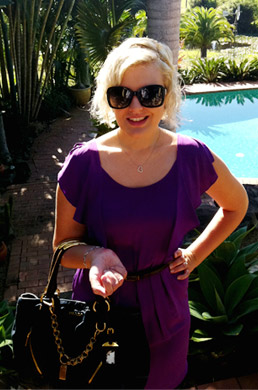 On Tuesday I posted a ‘Fashion Feature’ on the house of Versace. Then on Wednesday night I ended up dining there!

Palazzo Versace on the Gold Coast is the only 8-star Hotel in the world. It was one of the first Fashion Branded Hotels and when it opened in 2000 set a new precedent in luxury.

I have had a couple of special moments here before last night. This is where I spent my Honeymoon and also had my pre-wedding high tea party. It truly is a beautiful hotel – exquisite Versace furniture, incredible surrounds and impeccable design.

On Wednesday, after some browsing of the Versace boutique, we dined at Vie Bar / Restaurant which overlooks the Versace private marina and Broadwater. It is très chic!

My visit to Versace was entirely unexpected, so please excuse the quality of my photos. As I didn’t realise I would be having such a fashionably perfect Wednesday evening, these pics were taken with my iPhone…

What have you been up to this week? xx