Boudoir Beautiful
What I Wore… 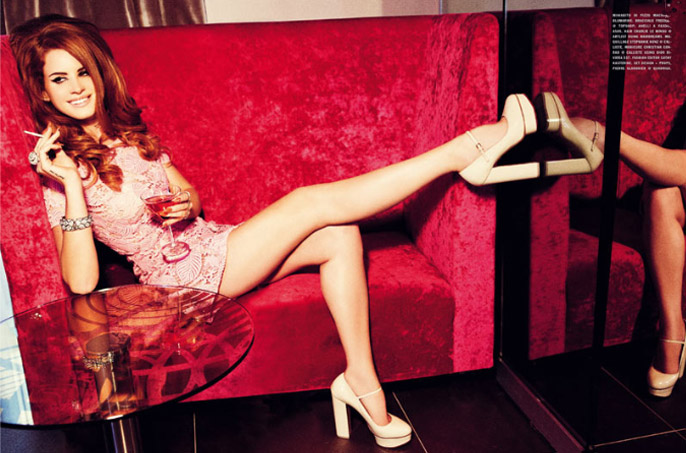 Shot by Ellen von Unwerth for the August edition of Vogue Italia, the songstress is radiant, flawless and seductive.

Del Rey has already established herself as quite the modern day style icon. She recently joined the ranks of other iconic beauties such as Jane Birkin, Grace Kelly and Jessica Stam, who all had an IT bag created in their honour. The Mulberry Del Rey bag is establishing itself as one of the brand’s most coveted. The Mulberry Del Rey has already graced the arm of Sienna Miller, Jennifer Lawrence, Arizona Muse and many stylish others.