My New Favourite Item In My Wardrobe… 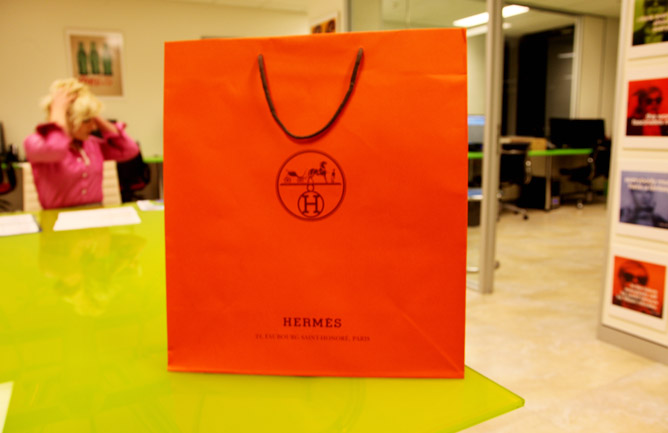 Some of you may have already seen on the Uptown Twirl Twitter that last weekend I went shopping at Hermès!

And this is what I brought…

This exquisitely beautiful scarf is already my absolute favourite item in my wardrobe! I would go as far to say, one of my most loved pieces of all time! The colour is divine and it feels so luxurious to wear.

About The Hermès Scarf… Hermès scarves are woven from the silk of 250 mulberry moth cocoons. Hand-painted using multiple silk screens, they are truly works of art! Only two scarf collections are released by Hermès each year, along with re-prints of the most popular designs and limited editions. Since 1937, Hermès have released over 2500 scarf designs, the most recognised being their equestrian creations.

In the meantime, what is your favourite item in your wardrobe? xx