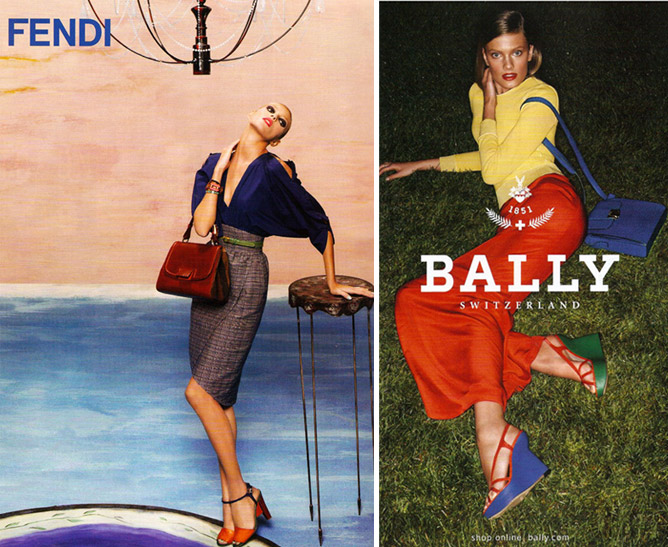 If you want to lounge by the pool with Gucci and ooze pure siren appeal or/ channel Betty Paige a la Dior style; the Spring / Summer 2011 campaigns will carry you away on a high fashion fantasy.

Featuring IT models of the moment, from Karolina Kurkova to Karlie Kloss and Anja Rubik, the campaigns have been captured by some of the most renowned fashion photographers working today – Steven Meisel for Dior and Mert & Marcus who lensed the campaigns for Miu Miu, Givenchy and Gucci.

I especially love Fendi’s S/S11 collection and the photo campaign featured above. Anja Rubik returns for a third consecutive season as the face of Fendi. Shot by Karl Lagerfeld, Rubik is ultra chic and just stunning for the luxury brand. LOVE, LOVE, LOVE FENDI S/S11! 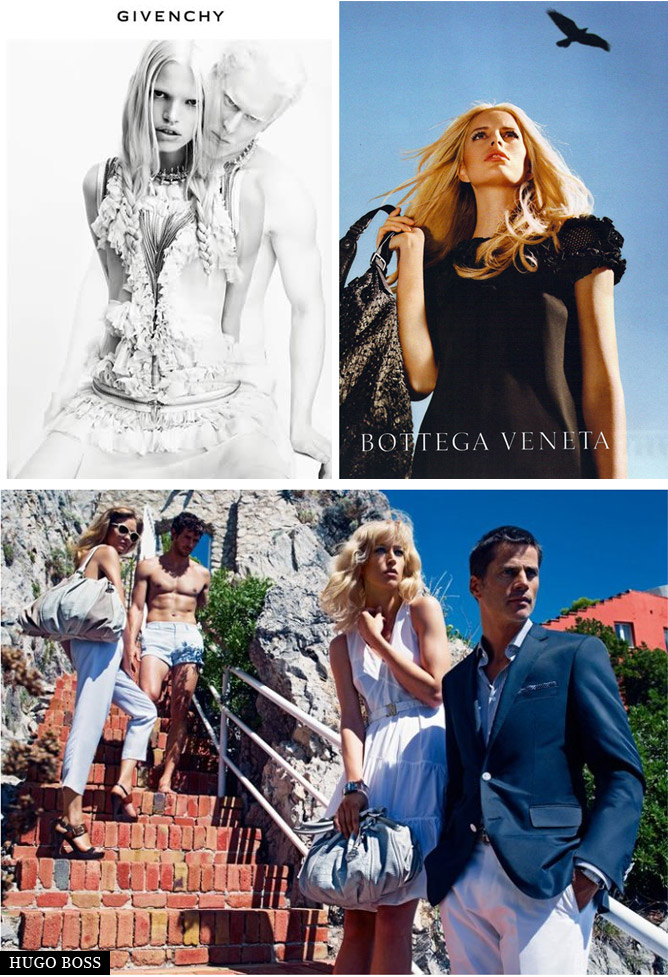 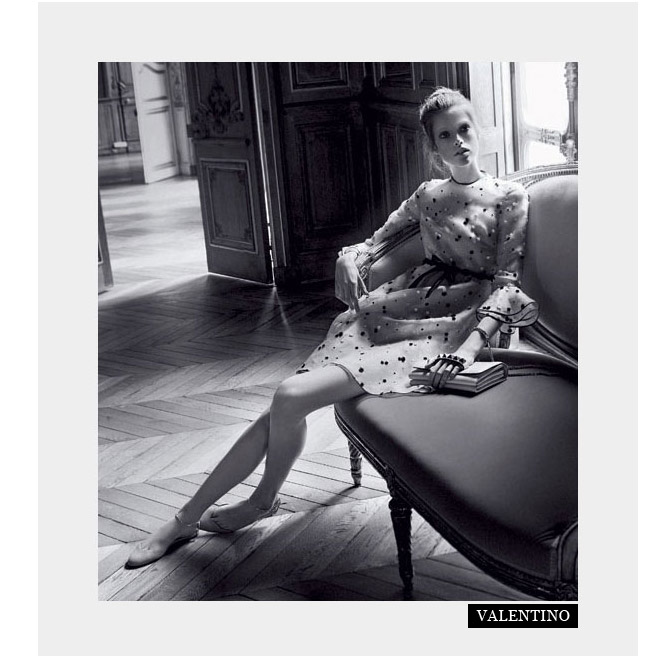 Which campaigns do you love or loathe for the coming Spring / Summer season? xx

While I usually select my favourite 15 looks, the magnificent Milan offered so many delightful pieces that I just couldn’t choose! So I decided to extend my top looks to 17! These are my favourite looks from Milan Spring / Summer Fashion Week…

Luscious white and gorgeous shades of oranges and pinks again captured my attention. I want the entire Fendi collection and have a new found love for D&G. Versace offered its usual spectacular array of feminine pieces that oozed pure siren sex appeal; Just Cavalli’s 1970’s edge was undeniably cool; while Jil Sander’s maxi skirts in lovely shades and patterns was a breath of fresh air.

Meanwhile Prada’s S/S collection was probably the most unexpected. It was a feast for the eyes, offering everything from monkey and banana prints, stripes, florescent coloured furs, and shapes that took inspiration from uniforms – prisoner, postman, sailor, to name but a few. Miuccia Prada’s statement of the collection, “It’s time to be bold”. It is Prada after all….

1>> Manolo Blahnik will be in London’s Liberty department store tonight. The shoe designer will be signing copies of his new book, Manolo’s New Shoes, (pictured above). To find him head to Liberty’s World of Manolo shop space, on the ground floor, from 6pm until 8pm.

2>> The LVMH group has confirmed the refreshed demand for luxury goods, reporting a 19% sales rise over the first nine months of 2010 when compared with the same period last year. LVMH owns Marc Jacobs and Louis Vuitton.

3>> Disney has partnered with designers Jerome C. Rousseau, Hayden-Harnett, Robin Rotenier and TomTom to launch a high-end accessory and shoe line inspired by ‘Tron: Legacy’. Targeting the film’s female audience, the line will include a pair of five-inch metallic platforms (pictured above) as well as earrings and necklace. Tron originally a 1982 action science fiction film; Tron: Legacy will be released this year and stars Olivia Wilde.

4>> Ralph Lauren was presented with the prestigious Mayor of New York’s Key to the City honour. In recognition for his contributions as a designer, business leader and philanthropist; Lauren received the award at the opening of his new Ralph Lauren women’s flagship store on Madison Avenue.

5>> PETA denied it is planning to attack Victoria Beckham after the Daily Mirror reported the group intended to douse “a bucket of animal blood – cow or lizard – at her next UK public appearance”. Beckham created several different pieces from crocodile and lizard skins for her latest range. PETA has asked that she contemplate using other materials. “We don’t believe that Victoria has chosen to ignore the plight of these animals, we just worry that the information didn’t make its way to her,” a spokesperson from PETA.

6>> Stella McCartney’s new children’s wear range will be launched on November 3rd. Available from www.stellamccartneykids.com, the collection includes looks for boys and girls ranging from 0 to 12years. The designs will also align with McCartney’s signature style and aesthetic.

7>> Jennifer Lopez and her twins, Max and Emme, are the stars of Gucci’s debut children’s wear campaign. Shot back in July, the campaign features the three beach side in the new range.

8>> A unique fashion event will be occurring this Friday at the Taste Restaurant, Hammersmith. The show will include disabled and non-disabled designers and models. ASOS.COM will show their latest collection there. Organised by Hafad, the Hammersmith and Fulham Action on Disability, the showcase starts at 6pm and tickets cost £10 to be purchased in advance.

Side Photos: Photo1 from style.com | photo2 from independent.co.uk