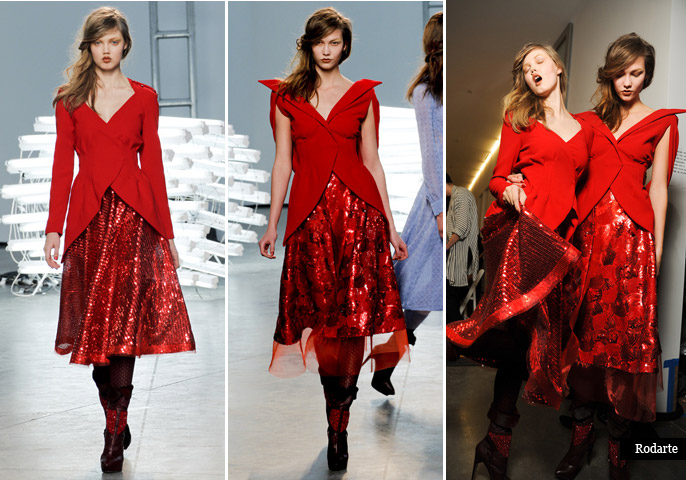 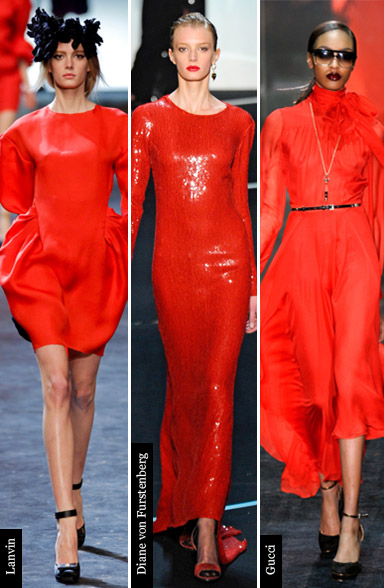 Across the runways designers were feeling a little hot under the collar. Shades of scarlet, crimson, cardinal and vermilion brought an undeniable warmth of sexy, bright, sophistication to the upcoming Fall season.

The House of Valentino has long painted the town red, with the Couturier himself once saying: “Women usually prefer to wear black at events because it makes them feel safe, however, if there’s one woman wearing red, she will inevitably be the eye-catcher of the evening. It’s as though the room is suddenly illuminated — simply perfect for a grand entrance.”

The little red dress made for a dashing statement at Gucci, Lanvin, Jil Sander and Diane von Furstenberg, not to mention countless others. Meanwhile, at Michael Kors’ a luxe red fur added the finishing touch to a complete scarlet look. At Chanel a little red jacket also added a dash of colour to a monochromatic collection.

The colour of passion, red isn’t a look for the faint of heart. Sizzling sirens need only apply!

Must Have… The little red dress; sensational red trousers; or a statement red fur.

Minimal Chic… Want to dip your toes into this delightful trend? Try a slick of bold red lipstick; sultry red stilettos; or finish your look with a darling red clutch. 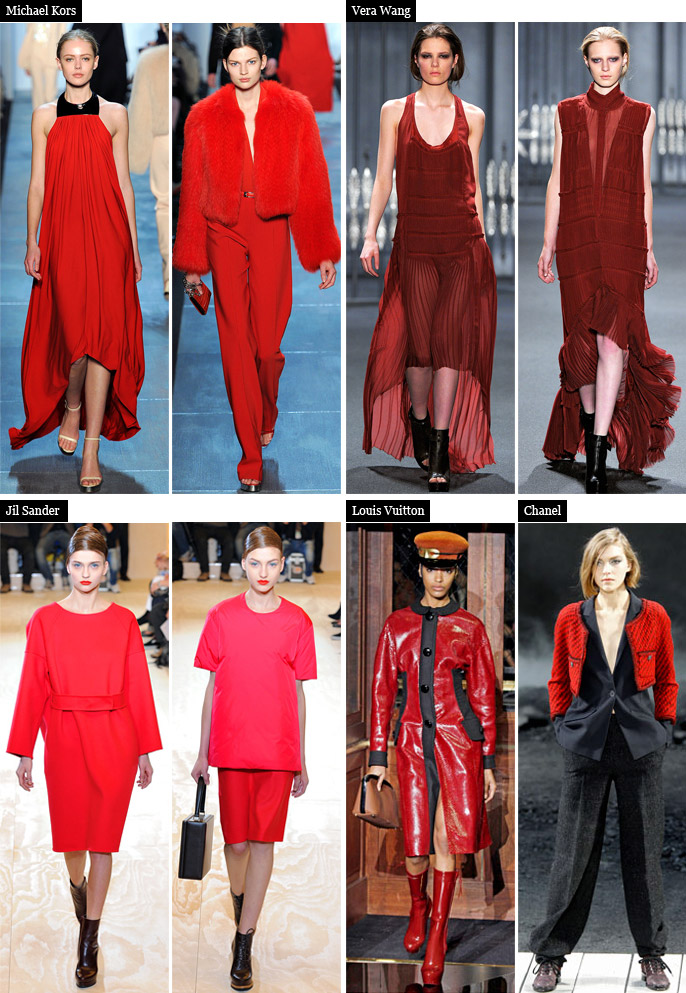 Will you sizzle in radiant red for Fall? 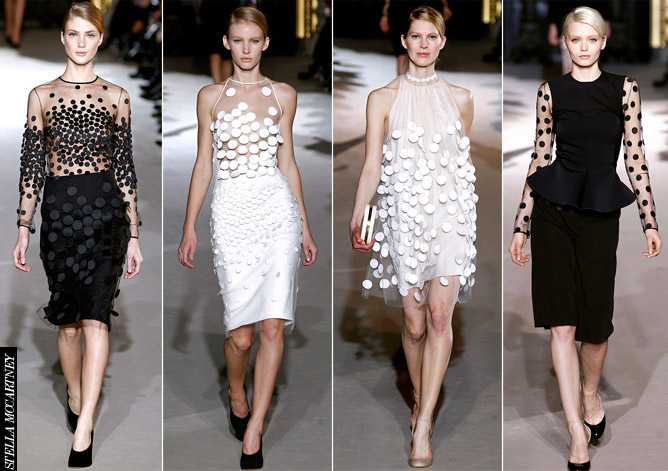 Dots On Spots On Dots…

From Stella McCartney, to Marc Jacobs, Azzaro and more, designers were seeing spots for Fall!

Romantic, Feminine and ever-so chic – the polka dot returned as the print of the season. From little black dresses to blouses, hats and tights – the iconic spots could be found in a variety of sizes and styles across the runways.

At Stella McCartney polka dots sat on delicate chiffon – overlapping and engaging each other in tiny galaxies of clusters. Meanwhile, Marc Jacobs’ unabashed affair with the polka dot saw models dotty from head to toe – in some looks quite literally. Polka dot berets, handbags and tights finished off his classical silhouettes with an exclamation point.

For dotty perfection… choose your spots on a sexy little black dress, a la Stella McCartney or Lanvin, for timeless, classic style. 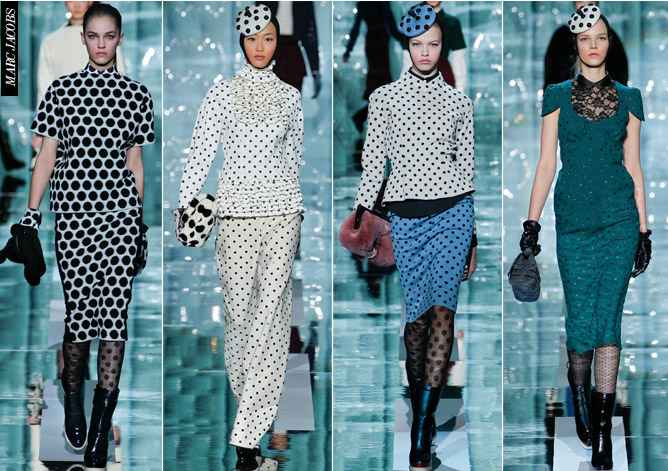 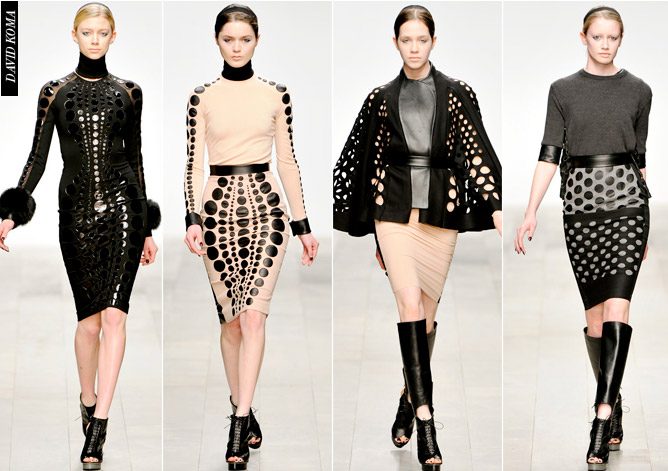 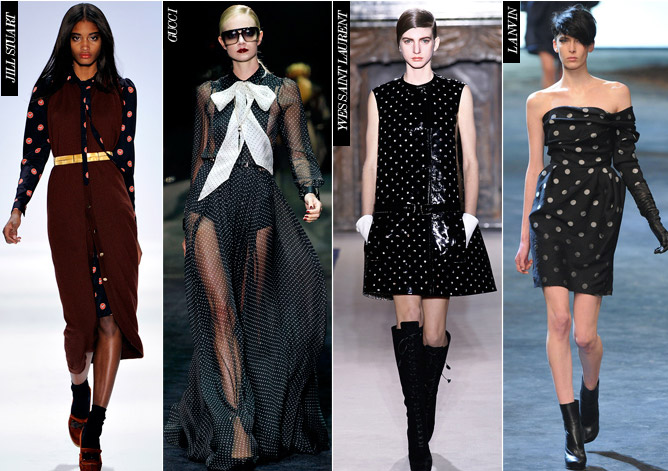 Will you be falling in love with the Polka Dot? xx