Having a Marant Moment 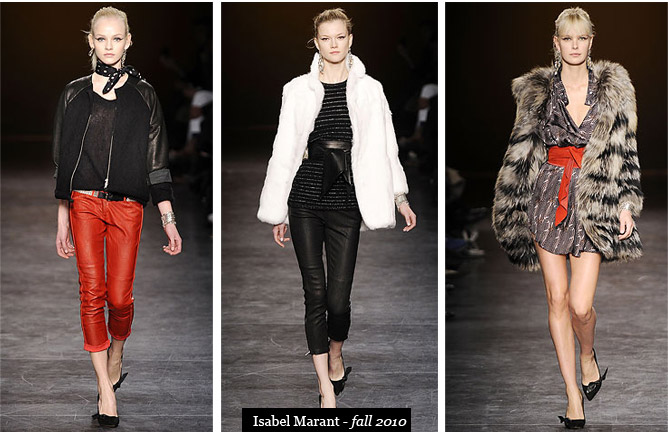 Over the last few years Isabel Marant has become the face of cool – the go-to label for Parisian chic. From a cult following to celebrity dressing status, Marant creates low key pieces that are effortlessly glamorous. With touches of bohemian and undeniably French style; Marant’s to-die-for cropped jackets, skinny trousers, slouchy t-shirts and loose mini dresses have become the soul of her label. From stylists to editors, celebrity starlets to avid fashion setters, right now everyone wants to wear Isabel Marant.

Becoming known as the designer ‘every woman can wear’ has not been an overnight occurrence. Studying at the Studio Bercot Fashion School in Paris, Marant went on to launch her jewellery label, of the same name, in 1989. It wasn’t until 1994 that Marant started on women’s wear.

It was 2009 and the creation of a pair of studded, cuffed suede ankle booties that really captured attention. The fashion world went crazy for these booties! The signature boots had instant waiting lists around the world, selling out within hours of arriving in-store. Since then Marant’s profile has only grown and grown. Opening her first US store in New York in February, Marant also has 3 boutiques in Paris, 2 in Hong Kong and another in Spain.
END_OF_DOCUMENT_TOKEN_TO_BE_REPLACED